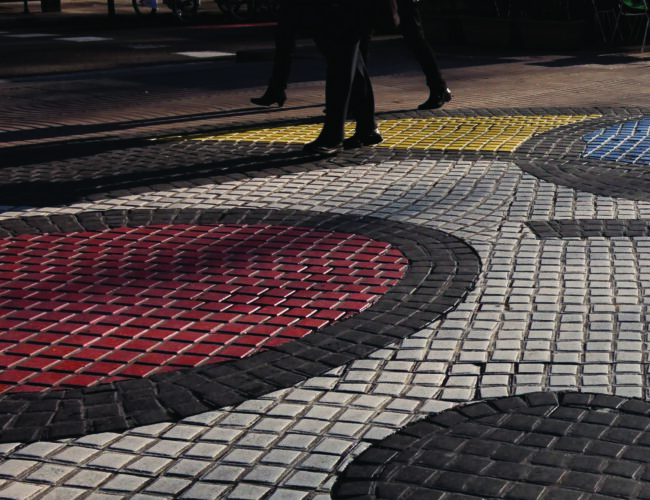 These poems were previously published in The Curvature of the Earth, by Gene Frumkin and  Alvaro Cardona-Hine, with a foreword by V. B. Price (Albuquerque: University of New Mexico Press, 2007). Used with the permission of Alvaro Cardona-Hine.

A native of Costa Rica, Alvaro Cardona-Hine has written thirty books of poetry, prose, and translation. He received grants from the NEA and the Minnesota State Arts Board, and a Bush Foundation Fellowship. Recently he received the Gratitude Award from New Mexico Literary Arts. Cardona-Hine is also a painter with a gallery in Truchas, New Mexico, where a show of his new work opened in October. His music has been performed in New York, Minneapolis, and Santa Fe, and by the Grand Rapids Symphony Orchestra.

and how will you have the young ones? over easy?
millions a fraction it seems away from comfort
while the hare flees ahead of the dogs
and that pool after rain that says—look at me—

Gaudi has taken over
even though he’s dead

and now Miró has taken over
even though he’s gone