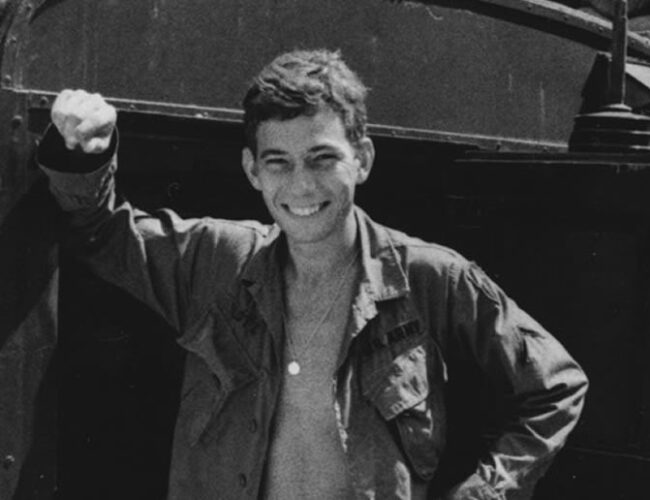 Vietnam, the televised war, the war that divided us, the war we did not win. Some of us unavoidably served in it, others protested it, many young men died. There is no shortage of photographs documenting the horrors of this “police action.” Military photographers and the free press took millions of photographs of the Vietnam conflict between 1962 and 1975.

The National Archive alone currently houses over a quarter of a million photographs from the Vietnam War. But there are very few that document the war from the perspective of a young gay man serving in the United States Army. Lotz’s photographs humanize the men who served amid the rising disillusionment that became the rallying point for the emerging counterculture movement. Lotz documented his life on an army base with his camera and poignant letters home. His photographs will be on display in an exhibition titled Sleeping During the Day: Vietnam 1968, at the New Mexico History Museum from April 7 to October 1, 2017.

Born and raised on a small farm town in Illinois, Herbert Lotz was drafted during his third year as a photography student at the School of the Art Institute of Chicago. He served as a radio operator in Vietnam in 1968, detached to the 25th Infantry Division at Cu Chi. Suffering from PTSD, he found that he could not reenter his old life in Chicago. He moved to Santa Fe because it made him feel safe, and at home.

Yet he still struggled with his history as a Vietnam veteran. In a departure from contemporary society’s views of military veterans, Vietnam vets were scorned and marginalized to the point that most hid their service, suffering in silence. In 1981 Lotz finally came to terms with his experience and continues to work with his photographs taken in Vietnam. We are fortunate that the Herbert Lotz Collection came to the Palace of the Governors Photo Archives in 2008 as one of the early Photo Legacy Project acquisitions.