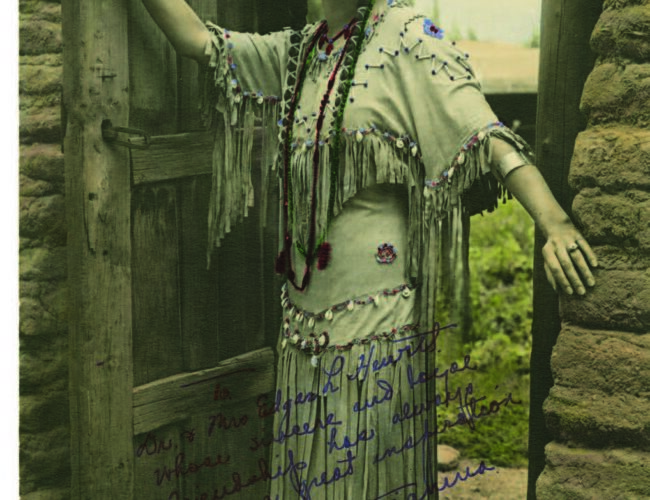 The tradition of coloring, or at the least applying a little tint, goes way back to the dawn of photography…

Color photography is so ubiquitous that it is easy to forget there was a time when the world was captured only in black and white. From about the late nineteenth to early twentieth century, black-and-white gelatin silver prints ruled all things photographic, and the only color photographs were images that had been hand-colored. The tradition of coloring, or at the least applying a little tint, goes way back to the dawn of photography, when a little blush was applied to a cheek or color added to a bonnet in a daguerreotype or other cased image. Early examples of coloring on paper prints began appearing not long after.

Shortly after the turn of the century, Japanese photographers began hand-coloring images on fine papers to marvelous affect. In the Southwest, tourism flourished along with a demand for hand-colored images inspired in part by the colored lantern slides viewed in cities such as Chicago and New York, enticing adventurers to travel to New Mexico. Some of these efforts suffered greatly from a heavy hand or a too-fanciful rendition of reality; others were quite refined. This photograph is typical of the latter. The 1924 image of the Cherokee singer Tsianina Redfeather Blackstone, a frequent Fiesta performer and a member of the board of the School for American Research (now School for Advanced Research), is inscribed “to Dr. and Mrs. Edgar L. Hewett whose sincere and loyal friendship has always been a great inspiration to me.” It is a gentle reminder of a time when photographs, while not rare, were tangible artifacts to be cared for, not pixels stored and shared on our phones.