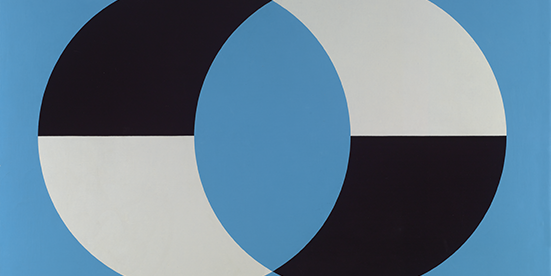 They are words—jaw-dropping, amazing, wondrous—one doesn’t usually hear from science-minded professionals. Particularly those who spend their days with Van Goghs and Pollocks and other apex denizens of the art world, for whom, let us be honest, such expressions are mostly passé. And Alan Phenix and Tatyana Thompson—the former a conservation scientist at the Getty Museum in Los Angeles, and the latter a conservator at her eponymous firm in Santa Monica—aren’t even talking about a painting.

Because in the world of painting and painting conservation there is something even more rare than the work itself: firsthand accounts of what the artist was up to when he or she was making the work. And, should the painter in question be beyond questioning, those thoughts are lost. That is, unless the painter in question kept detailed records of how and often why he or she did the things he or she did when creating.

In the contemporary period there is but one record: the notebooks of the abstract classicist Frederick Hammersley. For Thompson and Phenix, it’s nothing so banal as a gold mine; rather it’s like finding a particularly talkative unicorn.

Leonardo da Vinci wrote in his own notebooks that “light and shade [should] blend without strokes and borders but looking like smoke.” There may be no bit of advice that Hammersley would have been less likely to follow than that. Hammersley (1919–2009) did almost precisely the opposite, and his striking geometric abstractions with rich, plenteous color fields and strong visual symmetry became known as West Coast Hard-Edge. There were no smoky borders—just circles, unwavering lines, and, yes, hard edges.

Hammersley was born in Salt Lake City, and as a teen moved to San Francisco, where he took his first painting lessons. By the time the war arrived, he had the beginnings of a reputation.

In 1959, that modest reputation grew immensely when he participated in the traveling Four Abstract Classicists show, which graced museums in Los Angeles, San Francisco, Belfast, and London.

After teaching for a number of years at area schools, and with his work slowing and inspiration flagging, Hammersley undertook “the best move [he] ever made” and came to Albuquerque in 1968. There he joined the faculty at the University of New Mexico, and established what would turn out to be a lifelong relationship with the New Mexico Museum of Art.

The museum holds a number of Hammersley works, among them one titled Couplet, #15, a painting of two half-black, half-white intersecting circles with the area of intersection—and the background overall—a field of blue. Hammersley painted three versions of this painting: the first in 1965, the second in 1968, and the third in 1973.

It’s that second one—held by the museum—that needed to be restored before it joined Frederick Hammersley: To Paint without Thinking, first at the Huntington in Los Angeles and now at the Museum of Art in Santa Fe.

Thompson describes a scuff on the second Couplet, with a little paint loss in the middle of the painting; bulges and ripples (planar deformation), as well as some vertical cracks that one might expect from the painting’s removal from its stretcher nearly 40 years ago, and its subsequent rolled-up storage.

Working with the Frederick Hammersley Foundation in Albuquerque, Museum of Art Curatorial Director Merry Scully obtained funds for its restoration.

And that gets us back to those extraordinary notebooks.

From the early- to mid-1950s, Hammersley jotted memoranda down here and there, occasionally adhered to the back of paintings, giving little hints of what he’d done and in what order. But in 1959 he began to systematize and formalize his recordkeeping—and so the notebooks were born.

He kept three sorts. The first contains sketches wherein he played with various ways to arrange shapes and color; the second, his efforts to work up—in color—those initial sketches. It is with the third sort of notebook, those that Hammersley called his Painting Books, that people like Phenix and Thompson find their hearts racing. There are four Painting Books, spanning from 1959 to 2008.

These notebooks capture almost every creative and artistic decision and effort Hammersley undertook for most of his geometric paintings. Early entries, like this one from 1963, were like inventory records:

By the late 1960s, Hammersley was recording paint types and brands, mixing ratios, the number of times a canvas was stretched, what sorts of canvas he was using, types of glue, number of coats, as well as recording experimental results in technique and color mixing. But why?

“I don’t know,” Phenix says, “whether Hammersley was particularly interested in letting conservators in on what he was doing, but it’s very clear that he was concerned with his legacy.” And it is for conservators that the notebooks are the most useful.

Conservation in the case of this sort of damage is straightforward, but there are inevitable obstacles. And that’s where Hammersley’s hypergraphia and those notebooks dance into the spotlight.

Firstly, the notebooks reveal that Hammersley almost always used the highest-quality artists oils, like Winsor & Newton, Talens, Grumbacher, and Lefèbvre-Foinet. And we know—explicitly in some cases, and generally in others — how he mixed those paints to get the effect he was going for. For the first and third Couplets, he recorded the paints and their admixture. For the second, for whatever reason, he didn’t —at least not in a notebook. Instead, he just jotted down Manganese Blue and Cerulean Blue on the frame.

Which would be fine; except those blues, when combined, create what’s called a metameric pair. And for conservators, that’s a potential problem: a metameric pair reflects light differently depending on the angle and the sort of light. This makes inpainting—that is, replacing the paint loss from cracking or scratching—a matter of tedious trial and error.

Phenix, who’s working on transcribing all of the notebooks, combined his reading of Hammersley’s entries on Couplet and other paintings with spectral analysis to identify the pigments and confirm Hammersley’s frame notation.

Secondly, Thompson also had to contend with the use of varnish on Couplet. Most of Hammersley’s contemporaries—and in fact many modern and contemporary artists—don’t bother with varnish; they regard it as too finished, too classical. “Knowing what sort of varnish he used meant that cleaning, and of course the inpainting, went much more smoothly,” Thompson says.

Finally, Hammersley was hands-on all the way through the production of a painting—from concept to hanging—and that included making his own stretcher bars (the wooden supports onto which the painting was affixed) and frames.

With Couplet, Hammersley records the unusual use of 1-inch half-rounds (imagine a wooden dowel, cut lengthwise) at the edges of these. “We could have maybe figured it out based on deformation of the canvas,” Thompson suggests, noting some really obvious bulges. But Hammersley’s description made that deduction unnecessary.

Thompson made a mock-up of the stretcher bars and then found a firm that could do the necessary custom work. When she put it all together, it fit, Thompson says, “like a glove.”

Phenix notes that the soft edge of the canvas hardens the edges of the composition itself—which of course was the point. “The difference it makes in how you see the painting,” Phenix says, “is extraordinary.”

Peter BG Shoemaker is a Tbilisi-based writer and frequent contributor to El Palacio on conservation matters.