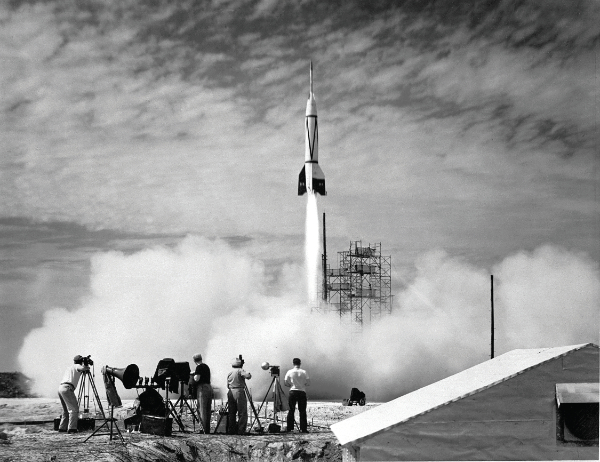 In at least one test at White Sands Proving Ground, the Bumper rocket reached an altitude of 244 miles and a speed of 5,100 miles per hour. In 1950, the Bumper project was transferred to a new launch facility in Florida, and the New Mexico-developed rocket Bumper 2 became the first vehicle launched from Cape Canaveral. Photograph from 1950, courtesy NASA.