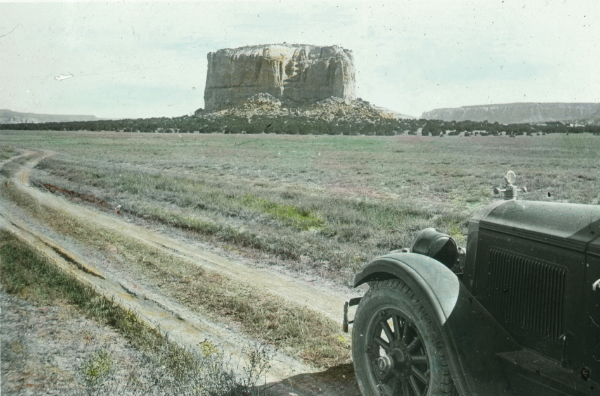 Issues of El Palacio don’t typically have a theme, but sometimes one emerges organically. I guess it shouldn’t be that surprising that I subconsciously assembled a book full of innovators this spring. For better or for worse, 2020 made us all innovators. These last twelve months, day by day, we’ve had to figure next steps out ourselves, and simply have faith that this work will pay off in a brighter future.

That was also the case when, 23 years ago, the Museum of Indian Arts and Culture opened Here, Now and Always, its groundbreaking exhibition that was not only about Native peoples, but it was by Native peoples and for Native peoples. Decolonization of museums is now a common topic of discussion, but at the time, it was downright radical. Lillia McEnaney and Felicia Garcia discuss the exhibition and its reverberations in “Collaboration, Multivocality, and Authority.”

Dr. Timothy E. Nelson’s history of Blackdom, New Mexico is a double dose of innovation; not only does he point out the imaginative and effective way in which Black people incorporated the Blackdom Townsite Company as a corporate veil, but Dr. Nelson’s research itself is brand-new, concentrating for the first time on this history of Blackdom.

Forgive the old cliché, but indeed, space is the final frontier—so what could be more innovative than conducting new research on another planet? That’s exactly what Dr. Larry Crumpler from the New Mexico Museum of Natural History and Science is doing as a member of the NASA team that’s put a new rover on Mars. Julia Goldberg has the story.

Dr. Crumpler is continuing a long tradition of New Mexican influence in space. Before there were rockets launching from the Tularosa Basin in Southern New Mexico, there were ranchers new to the arid area. Writer Molly Boyle takes a look at the New Mexico Farm & Ranch Heritage Museum’s Ranches to Rockets exhibition.

On the ideological front, National Hispanic Cultural Center History and Literary Arts librarian Cassandra Osterloh takes a look at the remarkable women of the Hispanic diaspora who fought tooth and nail for women’s suffrage, from Mexico to the Philippines.

Sometimes innovation looks like brashness, and some might argue that was the case for famed Southwestern gallerist Elaine Horwitch. She was opinionated, shrewd, driven, and unwavering—and she also ushered in a new era of contemporary art in the Southwest that can still be felt today everywhere you turn in Santa Fe. Julie Sasse, curator at the Tucson Museum of Art, has published a new book about Horwitch, and we excerpt it.

Dr. Matthew J. Martinez takes a look at Querencia: Reflections on the New Mexico Homeland, a volume of new and honest takes on what it means to be from New Mexico; Silver City and Grant County Poet Laureate Eve West Bessier offers up poets from Southern New Mexico for our consideration; and in this issue’s Framework feature, El Palacio copy editor Robin Babb makes her debut with a story from Sasse about Horwitch- represented artist Billy Schenck.

Our lives may feel unnavigable and overwhelming to us now—but we are not the first people to face such seemingly insurmountable challenges, nor will we be the first to overcome them and build a better society in their wake. Be calm, be brave. It’ll be okay.