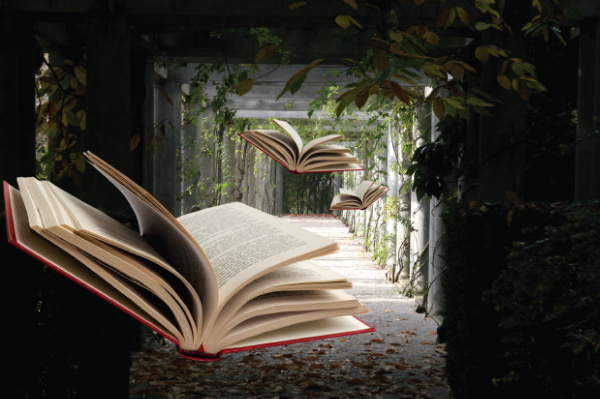 The poems that I have curated for El Palacio reflect a maxim that branded me with a lasting mark. My instructor at a residency program at the Atlantic Center for the Arts, Thomas Sayers Ellis, smilingly explained: “The poem isn’t on the page.” He iterated the pronouncement whenever he encountered a poem that fell flat and lifeless. Personally, I have felt a patch of skin burning with the revelation ever since. I thought, I want my poems to get off the page.

Poetry sits on the page decorated by rhyme, assonance, and consonance. It can get “off the page” by recognizing that history, sociology, political science, and philosophy are also aesthetic categories. Poetry is constituted of contemporary reality, and it needs to reflect contemporary complexity. The printed text is nailed to the page, yet it doesn’t live there. It’s been given life by manifold elements. No one knows where the poem finally is. The answer shifts from poem to poem.

Poetry that jettisons into the space beyond—into the world of thought and action—draws on relevant concepts in the zeitgeist, and the edgy interplay is rife with import.

The poems that I’ve picked rely heavily on the discipline called history—though I am tempted to write “the discipline formerly known as history,” because various scholars have described recent times as the end of history. I agree that old concepts have disintegrated. But the end of history, however conceived, isn’t the end of strife, culture, or the human voice searching for poetic accomplishment. If humanity survives, these poems are records and sketches for a new beginning. They’re not pills to pacify post-historical PTSD; they’re re-wirings of post-historical consciousness. They exorcize; they purify. They have been influenced by confessionalism, concrete poetry, and shout-out poetry. They rewrite the lines. They seize the day, locally and globally.

Revising the standard American nationalistic hymns, Mary Stone Jackson retells a classic Ellis Island immigration story. She writes that bones, like histories, “connect with a series of small bones / forming the backbone,” yet the anatomy is disabled lest it supports “an anchor for the entire body.” Israel F. Haros Lopez narrows history to a specific encounter, singing to his mother, using multi-lingual expressions infused with the dynamism of ritual and the pressure of concrete poetry.

Yvonne Sandoval and Fatima van Hattum underline the pointless cruelty of borders, lines, and walls that don’t respect human beings. Finally, Zubair Ibrahim Siddiqui situates his poem in Santa Fe, but an unfamiliar (or unacknowledged) Santa Fe as experienced by a visitor. Without putting his finger on it, he intuits an element here in the present—a carry-on from the past—that recalls Hollywood, and makes him ask, “Why do you feel like a clown here?” Why does he notice that the moon ensconced in Santa Fe shadows “paints my face white”?

Siddiqui’s skillfully tight lines and cadences have obviously been influenced by writing workshops, but the questions he asks can’t be contained within ink on a page. That’s why his poem and the others ask that we read past the page—where answers may not be self-contained and a line can be simultaneously a chant, a song, and a thesis. “Toilet paper borders are disintegrating,” and a poem today is a multi-disciplinary global construct.
—

An uprooted Southerner, Darryl Lorenzo Wellington has been a New Mexican for the past ten years. He is the 2021-23 poet laureate of Santa Fe. His full-length poetry collection, Psalms at the Present Time, was published by Flowstone Press in 2021.

The Backbone of Us
By Mary Strong Jackson

Each vertebra nudges the next until all open their wings
across eons over pinon, pine, oak, cacti, and cottonwood.
You feel it just under the skin of your backbone—swish, dip,
it radiates up the broad back of the plains to return
on the same line of the spine strong as woven silk
no matter the frayed bits.

My spine descended from Elder John Strong off the ship
called the Mary and John landing in 1630. His gentle turn
of head and shoulder, surreal flow of mind and spine—cogs
awakened repeating patterns taken time and again in the turn
of his head, to gather, to inhale with his eyes the brisk steps of men
and women striding across the land he was about to step onto.

Today, I enter the pool’s bathhouse where two old women
talk of one’s father entering Ellis Island at 2 years old.
His parents instructed do not let the doctor remove your hat.
He screamed and clutched his small cap
because something—I didn’t catch in my eavesdropping—
some disease showed under the cap and the family would be
held        easy to forgive this escape from quarantine.

Each of our bony skulls connect with a series of small bones
forming the backbone having projections for articulation
able to speak of scars, skills, and inheritances       to be shared
in bathhouses, slave quarters, mansions, then burned to ash,
spread, and inhaled by the living—chances to feel in this aching
ramrod of a country how to lift from bent knee,
how to swivel while supporting,

how to be an anchor for the entire body
—

Movements once separated by identity are finding our common humanity.

With every tear shed by fierce mama warriors carrying babies across the raging waters of the Rio Grande, your toilet paper borders are deteriorating.

Threads of resistance are weaving together 500 broken treaties.

The courage of people in caravans, fleeing war torn countries, incited by U.S. policies are dismantling your toilet paper borders.

Queer youth are restoring the divine balance back to who we are.

Asylum seekers with nothing else to lose but their last breath are decomposing your toilet paper borders.

Reclaiming ancestral ways of life is medicinal for our minds and bodies.

Powerful women seeking refuge from their abusers, your toilet paper borders are dissolving.

Listening to the truth as our mothers and sisters speak is healing our wounds.

Locking up babies you are unintentionally awakening the human consciousness on this planet. Your toilet paper borders are meeting their destructive fate.

Your toilet paper borders will soon become compost for us to grow our seeds.
—

Yvonne Sandoval is a Chicanx poet, social worker, and mother.

[In airports in Albuquerque, Denver, and occupied Palestine]

We have a “groin” here, he says,
is there anything in your pockets?

She takes me into the room.

I’ve lost count:
In Albuquerque, she joked humanely while she did it

In Israel,
stripped down to my underwear,
and she ran a detector over my bare skin.

In Denver, her hands, “I have to clear
your buttocks and frontal area,
your waistband and inner thighs
until I meet resistance.” Her hands,
push my tunic up around my waist,
ask me to hold it, so I too am participating,
touch me, handle me, too, too close through my tight jeans.
A laugh-sob escapes me, watching the blue
latex gloves, she can’t meet my eye.

Afterwards, a young cafe manager apologizes
for my food being late,
I hadn’t really even noticed,
“Have a drink on us…at least a bottle of water.”

A flight attendant looks me in the eye as I board and asks,
“Would you like a glass of water, or something to drink
with your dinner there?”

I’ve been offered water twice since my crotch was searched.

There are dark spots in this world

And there are bright ones, too,
like the sun across water.
—

In the Galisteo basin I watched
The vast sky, watched distant clouds

Collapse Into rainwalls. I heard the sounds
Of lizards rustling leaves on their blue bellies;

Resting on blood soaked sand: the flesh of these desserts.
In the arroyo where I walked from shade to shade

I felt as though I was in Tharparkar
And yet the land asked me:

Because through the color I could see it all
In sepia. Even though

Ramzan was still many months away,
It  somehow felt like it was already Eid,

And I had just arrived at a distant relative’s
In Clifton or Gulshan just to recall.

Apparently this entire neighborhood was once
The smell of discos and crowded families.
*

On train trestles, sitting with my fear
Of heights, I dared not look down

At the distance of a visitor. So I knew I stuck out
To the land like freshly painted cement.

Adobe doesn’t glitter like gold to me,
It speaks warnings, says:

The wind under the shade of these Siberian Elms
Is a heavenly corridor, but within the

Four walls of this home I feel a haunting
Cold, as if the walls were trapped with ghosts,

Some nights the bright moon doesn’t let me sink,
But paints my face white.
—

Queer Pakistani poet Zubair Ibrahim Siddiqui graduated with a BA in literature from Bennington College in 2020, and spent the subsequent year working in Santa Fe at various local nonprofits such as Youthworks and Littleglobe, before returning to Karachi. His poems have appeared in literary journals such as Quarterly West.