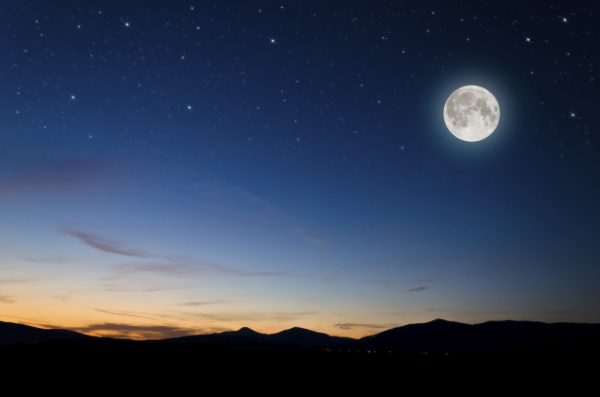 What Is Your Writing Process?

With mop in one hand,
cocktail in the other,
at 9:00 a.m. or night,
flies swatted,
roach corpses swept.
Lola Beltrán belts “Mi ranchito”
through the house speakers
from room to room.
I hum off key.
Mares fed, dogs let out,
sun beating on the flat roof,
moon rising behind a cloud—
verses take form.

One morning I heard on the radio a boy named Trayvon was shot dead.
Bent over, slipping on shoes, vertigo took hold.

As happened with any child’s loss, the earth ceased to rotate,
I said a prayer for all mothers’ children, for my own, for myself.

A boy gunned down for his color on a private street where
his father lived, Trayvon belonged to everyone, and we failed him.

Immediately, a scene came to mind—just a kid going out
for treats before watching a game on TV with his dad.

Skittles and a Slurpy in hand, in the predator’s firing range,
shot in the back, the boy collapsed, body shaking.

The hunter of dark-skinned humans was declared
by a jury of his peers not guilty, which did not mean innocent.

Elections brought a president who proclaimed
only the good deserved protection.

According to the new president, “the good” was not us.
The president decreed there be more policing of us,

more guns aimed at us.
It was a consequence of keeping the good safe, the new president said.

From Chicago to Palestine our children shot dead on sight.
My eyes to the sky, I pray. Don’t judge my mother’s heart.

Having a light supper of peanut butter and wild berry jam
on water table crackers while watching PBS,
a woman who wrote a book came on.
She talked about married Indian women,
her curiosity about them.

They were private, at first, she said.
It took time to gain trust
and signed consents,
everything on the up and up, you understand.
How bloody “Margaret Mead” of her,
how “Jane Goodall,” I thought,
going over to make tea, draw blinds,
bring in the dogs for the night.

Instead, perhaps sometime
they’d document
the impudent guest
who came to town
for the sole purpose
of blabbing about all that went on
behind closed doors.

Once upon a time
I was told not to take up much space.
One day,
I ran in the bathroom with no lock.
Standing on the toilet seat I stared.
My reddened face looked back.
The medicine cabinet mirror
was a fairy tale looking glass, opaque.
Everything in the flat was worn out.
(In a few years the house would come down,
neighborhood ploughed,
families scattered, lives gone,
our stories of arrival, learning English,
bringing our lamb on a rack,
tacos, and sweat to factories and steel mills,
all dismissed.)

In the bathroom,
the obscured child in the mirror,
with disheveled hair and decalcified teeth,
snot running to her upper lip,
was real.
From another room,
the bully mocked, “She’s watching
herself cry!”

Fast forward.
I stare in a mirror
in a public restroom.
Someone takes it for fascination.
“What an arrogant chick,” the stranger
passing by says,
“checking herself out like that.”
—

These poems were previously published in My Book of the Dead: New Poems (The University of New Mexico Press, 2021).

a spell for my father

make a pilgrimage
to the santuario
for provisions

bleed into the hollowed
skull of a jackalope

chant no cadaver
no decay no death

use pestle & mortar
to grind this poultice
with holy dirt & ash

make a clay & sing
the songs he taught me

“Sing that song again, the one
that says you’re gone,” you say.

I look over, expecting you
to be asleep, but your eyes
are on me, lips in the small
tight frown foretelling tears.

Swiftly, I lift you, my arms
around your little wailing body,
and ask, “what’s wrong?”

“I’m not gone, it’s just a song
about a guy who took a train
and works a long way from home.”

Does he ever go home again
to his mommy and daddy?
I wonder as I assure you
that he does, he must.

“It’s just a sad song my dad taught me,”
all those train songs and old spirituals,
all those songs about a mourning mother
and her son, nailed to a cross.

My father’s melancholy
Ave Maria resounding
through the stained glass
of an adobe church
from the choir loft.

Me sitting on the floor
looking through the bars
of the banister, singing at his feet,
which pressed the organ pedal,
his hands finding keys without seeing,
his voice, a low booming thunder
traveling across our desert valley.

José is both my child and my father,
un tocayo precioso y un descanso.

All of his favorite songs
were in minor key.

I sang to him

If I get there before you do,
I’ll cut a hole and pull you through.

as I laid on his
old barrel chest,
heaving its slow
last breaths.

In the somber hospital room,
someone well-meaning tried
to sing something more uplifting,
but to change our music to a major key
is to rewrite history, betray loyalties.
When I sing my father’s songs,
I know he can hear me.

I once was lost, but now I’m found,
Was blind, but now I see.

Does he still need me?
Does my arm still
guide him to the piano bench?
Do my steps still slow
to match his pace?
Can he see now
or am I still his eyes?

Our hearts were one
instrument tied together
by a steel string.

True love don’t weep, don’t mourn for me.
For what has to be, has got to be.

Grief is an unrelenting disbelief.

My father didn’t swing low,
cut a hole and pull me through so
I’m alone with my inheritance
of sad songs.

But I’m coming, too, returning
to him just as he had hoped
to return to his mother,
I’ll be gone, one day.

And my child, what songs
will I leave you?

You look up at me and say,
regaining your peace,
“Don’t sing me sad songs, anymore.
Sing me happy ones, promise?”

My father rests his hand
on my shoulder, telling me
it’s time to sing my own songs.
Mi abuela is here too, asking
me to notice I’m not alone,
I look like her, belong to her.

I lean into their embrace,
reminded of the sun rising
over the Sangre de Cristos,
the sound of chimes in the wind,
rain on a tin roof, the smell
of cedar on my father’s skin,
and know that I have
other songs to sing.

Petra Salazar, raised in Española, New Mexico, dwells in the borderlands of race and gender—a location that informs Petra’s creative and critical inquiries into identity and history, especially of the U.S. Southwest. They serve as managing editor for Snapdragon Journal, facilitate learning through philopoetics, and hold a master of fine arts degree in poetry from UNC-Greensboro. Learn more at petrasalazar.com.