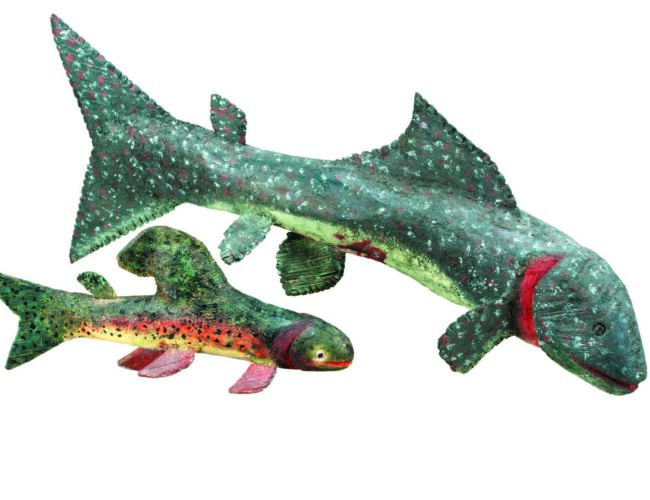 I vividly remember the electrifying moment when I first heard about Judy Chicago. It was my freshman year at college and I was riding the second wave of American feminism in a privileged place that at times felt searingly like the front lines.

The college had been all male until the previous year, and many alumni and students were furious about the influx of women. Each resident of the newly female dorm awoke one morning during Freshman Week to a mimeographed letter slipped under her door that began “Dear [expletive]” and demanded that women depart. The football team lost its home opener for the first time in aeons, prompting some guy to yell “Blame it on the co-hogs” as he threw food across the cafeteria table where I dined alone and unaware. (“Co-hog” was the misogynist’s vernacular for “co-ed.”)

The administration had prepared for women students in various ways, including hiring a few women professors. The pioneering professor in the English department introduced her Women’s Literature class to a canonical list of writers: Mary Shelley, Mary Wollstonecraft, Charlotte Perkins Gilman, Gertrude Stein, Virginia Woolf, Zora Neale Hurston, Margaret Drabble . . . and one day she told us about “this wonderful artist, Judy Chicago, who has created this amazing work, The Dinner Party, which imagines women artists and writers intellectuals from throughout history sitting down together.” To many women of my generation, The Dinner Party was a ringing invitation to find our own seat at the table, and that invocation could be life-changing.

So here we are, celebrating the seventy-fifth birthday of Judy Chicago nation-wide, and in New Mexico we celebrate her decades of creative work amongst us with a powerful exhibition opening at the New Mexico Museum of Art in June. Our cover art, Peeling Back, is a fiercely beautiful painting on glass that is in conversation with the work of two of New Mexico’s earlier women artists: Georgia O’Keeffe, famous, of course, for her flowers; and her friend Rebecca Salsbury James, famous for her reverse painting on glass. In her essay on Chicago, Kathryn M Davis writes about the artist’s monumental career, and about how she came to New Mexico and what she found here. Davis includes photographer Donald Woodman’s account of a pivotal Zozobra-burning evening when he courted Judy Chicago, whom he would soon marry.

Donald Woodman: Transformed by New Mexico, on view at the New Mexico History Museum, presents the spectacular range of the photographer’s work: rodeo documentary, landscapes, skyscapes, and revealing portraits. Mary Anne Redding places Woodman’s pilgrimage to New Mexico in the context of the 1970’s era of personal exploration. Christine Mather’s essay on Felipe Archuleta and northern New Mexico woodcarvers is an eyewitness account of another great burst of creativity in New Mexico in the 1970’s. Her piece is illustrated with Davis Mather’s intimate photographic record of the coterie of carvers whose work is on view in The Wooden Menagerie: Made in New Mexico, a major exhibition curated by Andrew John Cecil at the Museum of International Folk Art.

We bring you news in this issue of many other wonderful exhibits and developments throughout our institutions. This issue also includes a farewell from Frances Levine, who leaves her post as director of the New Mexico History Museum for a new position as CEO of the Missouri History Museum in St. Louis. Dr. Levine’s many essays in El Palacio have balanced her brilliant scholarship with the ability to tell a story in a way that engages a broad audience. She has also toiled behind-the-scenes as a member of our Advisory Committee, reading manuscripts and offering her insights, suggesting stories that we might have overlooked and voices that we ought to include. We will miss her madly but rejoice that she has promised to send us dispatches from the eastern end of the Santa Fe Trail. Keep reading.