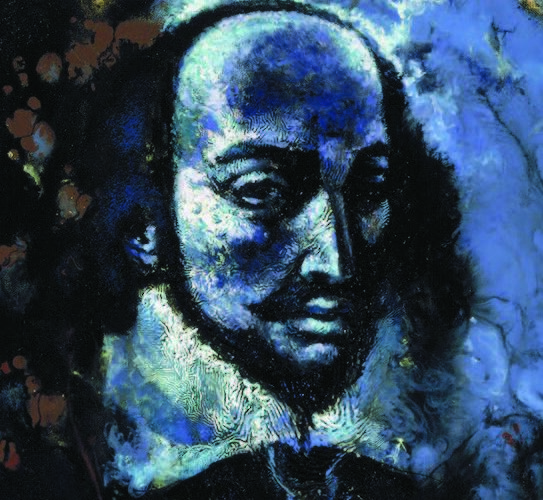 The title of the ongoing exhibition at the Georgia O’Keeffe Museum—From New York to New Mexico: Masterworks of American Modernism—reminds me of my coming-of-age in postwar New York City and raises the question of what brought so many homegrown immigrants, including artists, from a place of such material abundance to a place of such abundant emptiness.

That very emptiness had a part in it for those like me whose childhood horizons were mostly manmade and needed to be expanded. Equally instrumental, both for those pioneering modernists and those who came later, was what they imagined they were leaving behind: call it conventionality, whether artistic or existential, whatever compromises individual nature, vision, or work. As a movement, modernism came to be defined as much by what it rejected as by what it embraced.

Georgia O’Keeffe first came here in 1929, a time when not just artists had reason to question the viability and the desirability of the status quo. A woman who loved rocks and bones, in New Mexico she saw ample opportunities to look into the exposed heart of matter—the heart of the matter. A land divested of buildings and crowds and the deciduous veil of eastern forests revealed itself and made objects and landscapes visible in a way that they had not been before. As Carmen Vendelin points out in her article on O’Keeffe In Process, at the New Mexico Museum of Art, the emptiness surrounding and sometimes even contained by those objects held as much interest for the artist as the objects themselves.

The sky and its accomplice, light, have often been blamed for bringing so many people of artistic sensibility to New Mexico. Those who do not worship them (to quote Vincent van Gogh) are “true infidels.” Even for the earth-obsessed, this sky is impossible to overlook. When I worked as an editor with the Office of Archaeological Studies, whose archaeologists are preoccupied with looking at and under the ground, the sky had a way of muscling its way into site photographs. We went through an awful lot of blue toner when printing our books.

One consequence of an infatuation with the sky is a desire not just to see it but to inhabit it. In this issue’s interview, aerial photographer Adriel Heisey observes that flying is “not normal for human beings,” but we keep finding ways to do it, whether in airplanes, or dreams, or paintings. For Oblique Views, at the Museum of Indian Arts and Culture, Heisey rephotographed archaeological sites that were first photographed from the air in 1929 by Charles and Anne Morrow Lindbergh. The original impetus for these flights, then and now, was scientific, but Heisey’s photographs cast doubt on territorial distinctions between science and fine art.

Back east, O’Keeffe flew with Alfred Stieglitz in 1930, and during long-distance travels in the 1950s she recognized from the windows of airplanes yet another approach to painting. In doing so she continued to turn our usual ways of seeing upside down, moving from the up-close views that made her famous (the cover of this magazine, for example) to the perspective of birds and gods.

From New York to New Mexico is part of Fall of Modernism 2015 (“fall” as in “autumn,” although the name hints at another meaning)—a citywide collaboration between the Georgia O’Keeffe Museum; the New Mexico Museum of Art, where two modernist exhibits are on display, both of them featured in this issue, in addition to an exhibit of feminist art past and present; and eleven participating galleries in Santa Fe.