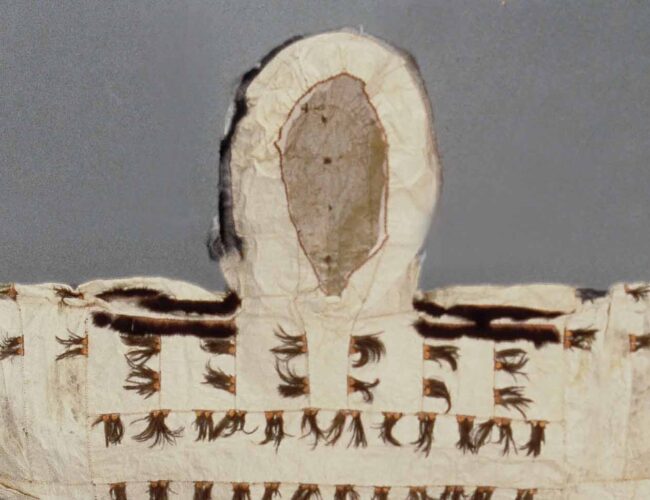 Lloyd Cotsen, the charismatic, longtime executive of Neutrogena Corporation from 1967 to 1994, passed away on May 8, 2017. One of his many legacies is the gift of the Neutrogena Collection to the Museum of International Folk Art (MOIFA). “Cotsen’s gift of more than 3,000 objects to the museum in 1995 has had a profound effect on the lives of New Mexicans and visitors alike,” wrote Khristaan Villela, MOIFA’s director, in an obituary for the Santa Fe New Mexican. “Cotsen came to the museum by way of his private curator, the late Mary Hunt Kahlenberg, who was tasked to identify a permanent home for the Neutrogena corporate collection.”

Textiles comprise a significant portion of the Neutrogena Collection at MOIFA, and our visitors can learn about an array of cultural practices from around the world by examining the many remarkable pieces that Cotsen collected. “Lloyd Cotsen understood the power of textiles to exemplify human ingenuity and to materialize human connections,” says curator of textiles and dress Carrie Hertz. One such textile, a favorite among many MOIFA staff members, is a mid- to late-nineteenth-century walrus and seal gut parka, or kamleika, by the St. Lawrence Island Yupik of Alaska. The walrus gut makes the parka waterproof, while at the same time giving it a resplendent translucency. Adorned with lines of stitches out of sinew and human hair, and further embellished with puffin beaks and auklet feathers, this kamleika is a mesmerizing study in functionality and beauty. It embodies one of Cotsen’s guiding principles in his collecting, or “accumulating:” locating the “extraordinary in the ordinary.”

This kamleika is just one of many treasures in Cotsen’s gift to the museum and its audience—another one being the museum’s hands-on educational space, dubbed Lloyd’s Treasure Chest, recently renovated and reopened [bit.ly/lloyds_tc]. His greatest gift, as Hertz sees it, is that the collection “sustains his legacy by igniting the imaginations of new audiences with the creativity, technical mastery, and intellect of textile artists worldwide.”