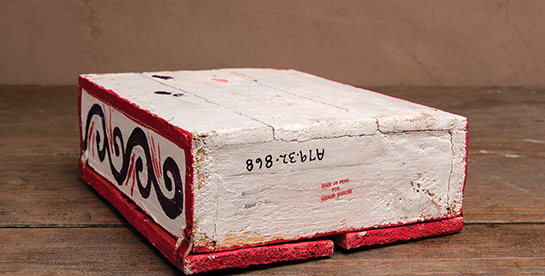 History. When I was in high school in the eighties, it was called Social Studies. My teens learn history in a class called Individuals and Society. The concept of trying to dismantle history’s silos with new nomenclatures and perspectives is not a new one.

But the need to do it continues. Last year at the Association of Writing Professionals conference, a panelist talked about a concept that stayed with me. She talked about the “one story,” AKA the dominant narrative. It’s the story about a particular demographic that becomes the story we fall back on if we’re not actively trying to expand our thinking. For example, “a novel about a gay character has to be a coming out story” or “a memoir by an African American has to be about growing up in the ghetto.” Other kinds of stories meet with resistance; agents and publishers describe the stories as not relatable when they just don’t align with what’s expected. An especially dangerous and tragic example is the one story too many people believe: that all Muslims are terrorists.

In his essay on Medium.com, “Reimagining Community-Centered Sites for History and Healing,” Estevan Rael-Gálvez writes, “remembering, from the Spanish word recordar, implies to awaken, but it is also, as the Latin word recordis reveals, to pass back through the heart and make whole again.” He underscores the importance of expanding beyond the one story, especially for oppressed or traumatized communities. “Understanding…how knowledge was collected in a colonial context, as well as the imperative of addressing historic trauma, it is clear that storytelling and photography can function to create openings for reimagining community history and healing.”

Mary Morris’s new novel, Gateway to the Moon (Nan A. Talese/Doubleday), is set in contemporary northern New Mexico and tells the stories  of Miguel Torres, whose Hispanic family roots go back to the time of Coronado, and his employers, a family from back East. It also vividly tells the stories set in the fifteenth and sixteenth centuries, of Miguel’s multiple generations of crypto-Jewish ancestors, in Spain, Mexico City, and northern New Mexico. The New Mexico History Museum’s 2016 exhibition, Fractured Faiths: Spanish Judaism, The Inquisition, and New World Identities, rewrote history in the minds of thousands of visitors, and El Palacio’s articles amplified and expanded on its offerings. In addition to living in New Mexico in the late eighties and researching the topic from afar, Morris visited Fractured Faiths while writing Gateway. In an email, she writes, “I think that to understand one another in these particularly fraught and divisive times we have to see that our history is a richer, more textured tapestry than we’ve acknowledged in the past.”

Artist Sabra Moore, who lives in Abiquiu, wrote Openings: A Memoir from the Women’s Art Movement, New York City 1970–1992 (New Village Press, 2016). It’s a thorough record of a group of women, including foreword writer Lucy Lippard, who worked together in New York City not just to make art, but to make space to be artists. “The museums weren’t interested in showing them, nor were the important critics interested in reviewing what they were doing,” writes Margaret Randall in a second foreword. They protested at museums, opened their own galleries, and collectively put out the feminist journal Heresies. Moore writes, “Every inch of that magazine had been argued, traded, weighed, and then physically assembled by the issue collective, which would meet weekly for the duration. In the case of the Feminism and Ecology issue, we met for two and a half years.” So much effort. And yet, their history is far from included in the one story of that era of artists in New York.

El Palacio’s readers do care enough to keep learning, and constantly revise their own takes on history, art, and culture. Thank you for making the effort, and enjoying the rewards. As Margaret Randall puts it, “You never know what discovering real history may do to the way you live and work today.”