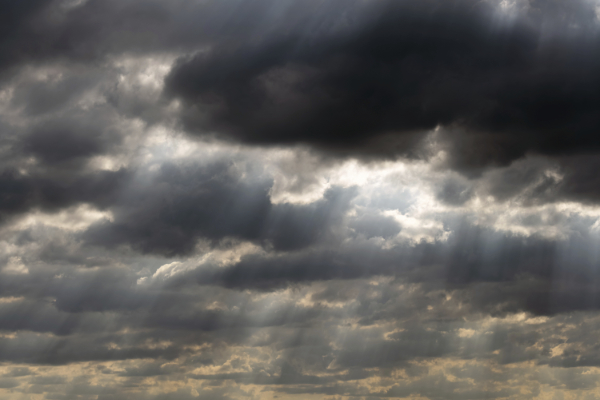 Did We Come Here?

How did we come here and to what end?
What was it that drew us here?
Was it the land calling, the piñon?
The great shaped clouds blessing the blue of the sky?
Was it the dawn’s quiet or the other one,
The one that comes from the day of work, at dusk
In summer, promising rest and respite and all
The other good things we dream of when we let ourselves do so?

How did we come here? Was it the wind?
Or was it the star that moved us, all of us?
Tell me about the Anasazi, how they came here,
Out of the Earth’s navel, the Sipapu, the hole
In the ground made by Coyote when Lightning
Came after him — tell me about the old ones,
The ones who came from over the edge
By starlight, riding the wind, driven
By hope as well as by terror — tell me!

I have come to give
Thanks to wind and star and call of land
And all that served
To bring us here.

Originally published both in English and Spanish in ¡Saludos! Poems of New Mexico, edited by Victor di Suvero and Jeanie C. Williams. A special thank you to Brandywine Avila, Victor’s assistant for her help in gathering information.

When you say teleological
I think geological, the layers laid down
in ashy additions. Think paleological,
the ur-cat loved for being first.
Fish heads and shrimp tails.
The land rises up. The stone wears down,
footholds one in front of another
in the hip’s required zag.

Is god mystery or what you know?
The rectangular hole for catching deer.
Standing on a mesa top, close to
the dead a thousand miles away.
The sun mists the mountain dusk,
the bent light like a cataract,
the decay of sight. Like cracking the window
to hear whoever might call.

“Deer Trap” is reprinted by permission of the publisher, 3: A Taos Press, from Jane Lin’s book, Day of Clean Brightness, First U.S. Edition, 2017.

Jane Lin is a poet, software engineer, and the Southwest regional chair for Kundiman. Day of Clean Brightness (3: A Taos Press) is her first book.

close to  bushels    fragrance in  storage.  Unthinking, or at behest
of white-eared hummingbird ––  we left

for her   he  was  such  an   accomplice. Stigmata
dripping  from  claw.  We are bears drunk on

of a gap.  I think of Jackson    his cat-mouth   chattering
uncontrollable  at window   practicing the clamp down and tear.

feathers.   I tell you    when my mother  tears  a   fingernail
my own is ripped-to-the-quick.  And when  after long walk

She doesn’t  hurt   my dog   though she could have
slashed him to   watercolors:  arterial  thick.   Dog hides in bush.

Bear ambles out  the taming arch   into  far  infrared  night.
Woman with a curl   in her belly   is stricken  by  after-the-visitation:

“Bear of Mountain — & She Flies In, Too” was published by Puerto del Sol.

Sawnie Morris’s collections include Her, Infinite (New Issues Press) and Matapolvo Rain in The Sound a Raven Makes (Tres Chicas Books). She is the inaugural poet laureate of Taos (2018-2019).

I tell you, City, City, City, a story you told me—brown eyes, green eyes, black—in the days of snow drifts, mini-skirts, nothing beyond Richards Ave. The center of earth was a patch of land, our house, a back yard, the arroyo humming over the reddish concrete wall, and one immortal turtle. The neighbor’s immense ham radio antenna and Mr. Chang hunched to static and metal under the morning buzz of Osage Ave. We went to school in sedans¸ in dented station wagons, and on weekends workmen showed up to build vigas for the new den that swelled our home–so many children–Alfonso saying, mi linda, get me that bucket and ¿donde está tu mama? Me saying, at the grocery store, buying tubs of ice cream, you know, those big ones? Get me, ice cream, you know took to the air over the rooftops spilling toward Frenchy’s Field. We weren’t supposed to play there—he’ll shoot, you know—and I imagined the old man hunched somewhere near the water, listening. In those days the Santa Fe River ran and sang. It’s true? you ask, staring at the empty bed, dust rising at the dead end of Avenida Cristobal Colón. There was water? Now we dream of blue winding, blue way along West Alameda—barbershop, coop, health clinic. The clog and cough of St. Francis Drive. Back then there were cars and wanderers and children just like now—towheads, dark braids, dirty cuffs—rolled up with all of us on the days of markets and parades along San Francisco and Palace Ave. Hmmm went the setting sun and you really could get fry bread for a quarter after walking down Washington Street from Fort Marcy after Zozobra burned. Now I drive downtown where the acequia crosses Closson and Maynard, stutters along Water St. and sings the parallels of East Alameda and Canyon Road. Like a whisper, it lays itself down between Camino del Monte Sol and Camino Cabra, two streets with the river in-between—one with her skirt trailing southwest to the Paseo Real, the other reaching her fingernail moons to the foothills. And the river itself, dream of p’oe tsawa, flushed from the red burn of the Sangres, running headlong downhill into this city of ours, then and now, with her canciónes encantadas, with her blue, with her brown mouth open.

Grateful acknowledgment is made to the following publications where this poem, in this or an earlier version, has appeared: And They Called It Horizon: Santa Fe Poems (Sunstone Press, 2020). This collection was written by Valerie Martínez during her tenure as Santa Fe Poet Laureate, 2008-2010.

Valerie Martínez was the poet laureate for the City of Santa Fe from 2008 to 2010. She has published six books of poetry and translation, and her work has appeared widely in literary journals and magazines. Her book-length poem, Each and Her (winner of the 2011 Arizona Book Award), was nominated for a Pulitzer Prize. She is currently the director of history and literary arts at the National Hispanic Cultural Center.

glaring at an office chair
hurling toward it.

A woman gazes at a stairway
of light mixed with dust,

she presses her back
to the fist hammered wall,

Next door a singer
shakes a gourd rattle,

imagines a trail of embers
glowing in the dark maw

of a scorched coyote skull
nailed to an aspen’s charred limb.

We carry our _______
to the furthest seam,
wake with bleached eyes.

Thorn-punctured breath,
sealed inside
our outside voices—

We exchange faces
for ears of corn, duct-taped
to the red tassels of November’s fires.

Our horned shadows against
the dining room wall;
our split tongues shivering
under a blade’s half smile.

Our middle name:
one yellow leaf, unfurling our last.

Night air, cupped and shook,
bleed sighs when you dampen

the mouth’s slit. Calendars assigned
to others’ winters break into hyphens

under each new weather forecast,
fragrant as noon pavement

on which you scrape your eyes
to glimpse the cranes’ return.

sharpened against dry skin—
it argues when marched away.

Sherwin Bitsui (Diné) is originally from White Cone, Arizona, on the Navajo Reservation. He is the author of Shapeshift, Flood Song, and Dissolve. In addition to teaching at the Institute of American Indian Arts, he is a member of the faculty at Northern Arizona University.