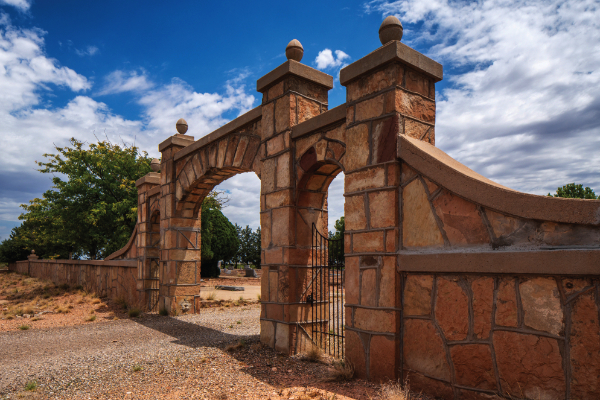 Give a man a dole, and you save his body and destroy his spirit. Give him a job and you save both body and spirit.”
—Harry Hopkins, WPA administrator

The economic collapse that followed the 1929 stock market crash eventually saw one in four Americans without work. Some areas, like Toledo, Ohio, and Lowell, Massachusetts, were hit especially hard, and saw unemployment rise to over 80 percent. Overall economic activity was cut nearly in half. In the midst of this calamity, the administration of President Franklin D. Roosevelt created the New Deal, which comprised numerous programs to help the economy recover from the Great Depression. These included the Social Security Act of 1935, the Tennessee Valley Authority Act (which built dams along the Tennessee River for flood control and electric power generation), price support programs for many agricultural products, the National Industrial Recovery Act (which guaranteed workers the right to unionize, among many other provisions), suspending some antitrust laws, and the Glass-Steagall Act, which brought reforms to the banking industry.


The persistent high rates of unemployment into the mid-1930s prompted a second round of New Deal programs, one of which was the Works Progress Administration (WPA) in 1935. It provided jobs to workers to build schools, bridges, post offices, parks, highways, and other public infrastructure. In some cases, WPA funding was combined with funding from other New Deal programs such as the Civilian Conservation Corps (CCC). Larger projects such as the Grand Coulee and Hoover Dams were funded by a sister New Deal program, the Public Works Administration (PWA), a program often confused with the WPA. Larger WPA projects included the Griffith Observatory in Los Angeles, Midway International Airport in Chicago, Dealey Plaza in Dallas, and the River Walk in San Antonio. PWA projects in New Mexico include Brown Hall at the New Mexico School of Mines in Socorro, Quay Hall at Eastern New Mexico State University in Portales, the Zimmerman Library at the University of New Mexico in Albuquerque, and the Santa Fe County Courthouse in Santa Fe, designed by noted architect John Gaw Meem.

Before its dismantling in 1943, the WPA employed more than 8.5 million workers on 1.4 million projects. According to the New Mexico Humanities Council, over half of the roughly 425,000 people living in New Mexico in 1935 had a job with one of the New Deal agencies. Nearly a century later, over 15,000 sites nationwide—over 300 of which are in New Mexico—remain. Many still are part of our communities, including schools, government facilities, parks, and murals, and many of these sites helped those places grow economically and have become important parts of these communities.

My own interest in this topic stems from three sources: my first career as an economist with an interest in the Great Depression and the New Deal; the photography of the many New Deal-era Farm Service Administration (FSA) photographers that documented people and places during the Great Depression; and my own family history. My paternal grandparents and other relatives migrated from Arkansas to California and lived at the Tulare Migrant Labor Camp in Visalia in the early 1940s. FSA photographers Russell Lee and Arthur Rothstein took photographs of them during their stay.

My interest in the WPA also stems from debates our nation is having currently on issues like climate change, immigration, the future of federal programs like Social Security and Medicare, and certainly our recent experience with the COVID-19 pandemic.

One common thread and critical aspect of these debates is the apparent divide on the merits of making sacrifices today for a better tomorrow. Total WPA expenditures through 1941 amounted to $11.4 billion, which translates to $198 billion today—but the many buildings, parks, and other facilities built with those funds still in use, as well as the artwork that has survived since, attest to the many benefits from these expenditures that persist to this day. In the throes of the Great Depression, the Roosevelt administration moved resources away from other uses to help the country rebuild from the individual level up.

The photographs presented here are a very small sample of sites scattered throughout New Mexico that were either fully or partially funded by the WPA. New Mexicans today are beneficiaries of the modest public investments made well before most of them were born, and these structures are undeniable illustrations that decisions we make today will make a difference to the world of tomorrow.

Now once more the belt is tight and we summon the proper expression of horror as we look back at our wasted youth. Sometimes, though, there is a ghostly rumble among the drums, an asthmatic whisper in the trombones that swings me back into the early twenties when we drank wood alcohol and every day in every way grew better and better, and there was a first abortive shortening of the skirts, and girls all looked alike in sweater dresses, and people you didn’t want to know said “Yes, we have no bananas,” and it seemed only a question of a few years before the older people would step aside and let the world be run by those who saw things as they were—and it all seems rosy and romantic to us who were young then, because we will never feel quite so intensely about our surroundings any more.

Santa Fe, New Mexico-based photographer Brian K. Edwards specializes in fine art and documentary photography. He has photographed extensively in the Southwest, across the United States, and internationally. He received an MFA in photography at the Academy of Art University in San Francisco. You can see more of this work at briankedwards.com.