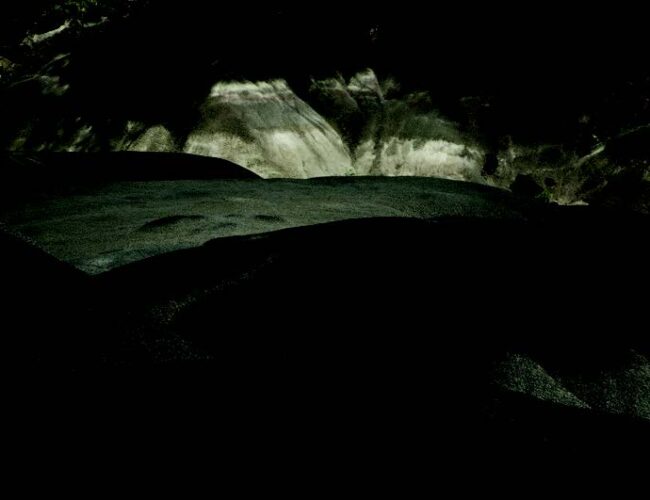 BY WALTER W. NELSON, WITH AN INTRODUCTION BY KATHERINE WARE AND AN ESSAY BY DOUGLAS PRESTON

From the introduction by Katherine Ware

A few decades after its inception, photography was quickly put to use in capturing images of faraway places, providing armchair travelers with virtual visits to the monuments of ancient civilizations in Egypt, China, and India, among other locations.

The camera brought back real-life views of geographic wonders such as mountains, icebergs, deserts, and jungles. It was also used to catalog natural resources for mining and speculation, as in the American West. Then, too, some views were made as souvenirs for tourists, to be purchased and assembled into albums for study and entertainment. Eventually, travelers began carrying their own cameras to bring back images as evidence of their worldliness, establishing the vacation ritual of photographing famous sites.

Some of these places have become prescribed beauty spots, destinations to be photographed as a way of ticking them off a life list. But even with admission fees, crowds of visitors, and park service management, many of these locations retain a tremendous resonance that sparks something in the human breast. Surely each of us, in some special place, has had that expansive sensation that brings out an urge toward poetry or picture making, the hope of snatching from the air some semblance of the extraordinary experience. Yet what can a mere mortal with a camera hope to express about the astonishing megaliths at Stonehenge or the vertiginous maw of the Grand Canyon? So very often the results are disappointing and pedestrian. And so we have our bards.

Artist Walter Nelson has heeded the call to action in seeking to capture the essence of a remote area in northern New Mexico known in English as the Black Place. While for some it may seem a landscape easily dismissed (“there’s nothing there!”), for Nelson there is much to see in its emptiness. Others have photographed here, often in black and white (as did Nelson initially), but none with his tender constancy. This suite of images, the result of repeated visits over many years, confirms the Black Place’s inhospitality to life-forms in every season and vividly evokes the breadth and the intimacy, the monotony and the specificity of this place like no other.

Here, the earth’s dry skin unfolds in undulating waves. Miles and miles of elephant hide, creased with experience and memory, are punctuated by small grace notes: a cache of smooth pebbles resting in a hollow; a vivid red stone reposing like an exposed organ; an ocher fist raised up against the sky; a cenotaph jutting from the snow. Along other stretches, the land oozes across the hills like pale icing, crusting and sparkling in the sun.

Few of us will discover the unique geography of the Black Place in person, for despite its rugged exterior, it is a private and fragile place. Nelson’s task, therefore, is to summon its particulars for us, as well to induce the sense of being there. Traveling the uneven terrain, he guides us on an intense and disorienting journey in his own footsteps, using the view camera’s rich detail to suggest a whole range of sensory experiences: the sound of the wind, the relentlessness of the sun, the crumble of earth, the faint scent of the air.