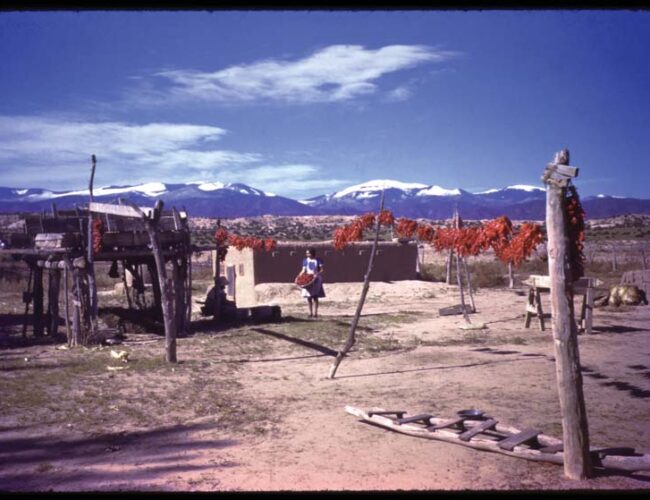 The New Mexico Association of Museums (NMAM) is composed of a couple hundred curators, conservators, registrars, museum administrators, volunteers, and other folk who toil in museums across our state to collect, preserve, and exhibit New Mexico’s cultural treasures. We here at El Palacio and the New Mexico Department of Cultural Affairs enjoy being part of the organization and hobnobbing with our buddies from such wonderful sites as the Artesia Historical Museum and Art Center, the Bradbury Science Museum at Los Alamos, and Salmon Ruins Museum near Bloomfield. Once a year we convene for a meeting with panels on the latest uses of technology in exhibits and new conservation techniques. As anyone who has ever been part of a professional organization would probably surmise, the most memorable moments sometimes come not from the formal events but rather from the sidebar segments of the proceedings. So it seemed when NMAM met this year in Lubbock, with its sister organization, the Texas Association of Museums. The salsa buffet at the American Wind Power Center and Museum was a blast. If—when—you are next in Lubbock, go there. You will never forget the raven’s nest woven with stray strands of barbed wire and retrieved from atop a windmill on the open plains.

What few of us at that meeting expected was a transcendent moment in a hotel banquet room during a keynote speech. You know the kind of lunch: Some fine people receive awards for lifetimes of service; conference organizers are thanked; next year’s conference location is touted; dessert is eaten or renounced; the final speaker is finally introduced. And then the distinguished novelist and nonfiction writer Barry Lopez began. Mr. Lopez was with us because he has a long association with Texas Tech as a professor and a writer, and because—he loves museums. He began his talk in Kabul and wound his way to the museums where we work and in the course of that trip made us all feel so keenly that the work we do is important, noble, vital, that throughout the banquet hall, people were dabbing at their eyes with the Texas Tech scarlet napkins and sitting a little prouder in their stiff chairs. We are grateful that Mr. Lopez has allowed us to publish his remarks. Early El Palacios abound with proceedings from the meetings of various historical and anthropological societies, and we are glad to add this talk to the archive.

Speaking of conferences, there is going to be a splendid one on Museum Hill September 12–14. Last year’s inaugural FUZE.SW Food + Folklore Festival brought brilliant cultural historians, chefs, and writers together with an audience of foodies, and this year’s promises to do the same. In conjunction with that culinary exploration, a food thread runs through this issue, starting with our cover photograph of a northern Pueblo during the corn and chile harvest in the late 1940s or early 50s. That photograph and the ones in Daniel Kosharek’s photo essay “T. Harmon Parkhurst’s Final Frames” come from Parkhurst’s vast oeuvre in the Photo Archives of the Palace of the Governors. His work begins in the black-and-white era and spans decades; we often tap it for illustrations. The intensely colored photographs in this issue come from Parkhurst’s late slides, a collection with scant documentation.Diane Bird, archivist at the Laboratory of Anthropology, was key in helping us understand scenes such as the one of two Navajo women harvesting carrots (page 52). “This is a rare photo,” she said. “Few people today driving along that stretch of highway would imagine that those dusty fields once looked like this.” Native people, including some in Bird’s own family, recall working in those fields near Milan, New Mexico, as children or remember their parents working there. Studying these images with Kosharek, the keeper of the collection, and with Bird, who brought a wealth of both personal and professional experience to the material, was a privilege of the kind that Barry Lopez cherishes. We hope you like them, too.