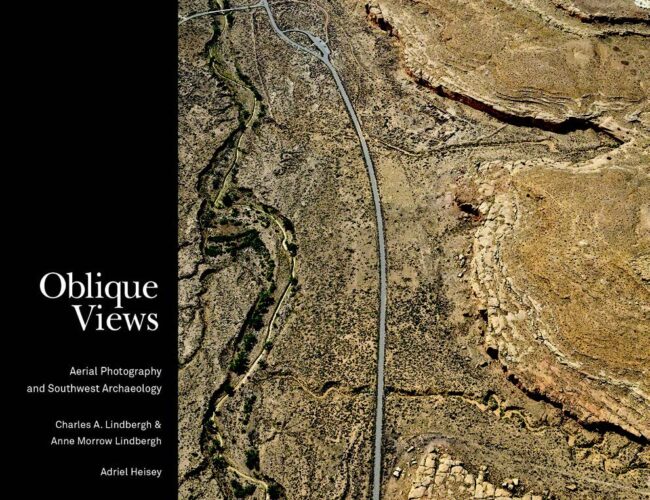 On a warm July afternoon in 1929, a small group of archaeologists gathered around a campfire deep in the heart of Arizona’s remote Canyon del Muerto. Light from the flames threw shadows across the nearby thousand-year-old ruins that they had spent the day excavating.

The sheer rock walls echoed with the sounds of running water, as recent rains had transformed much of the canyon bottom into a small river. Nobody was getting in or out tonight, not that they were expecting any company. It was eight sandy, road-less miles to the mouth of the canyon and from there another eight hours’ drive over rough wagon roads to the nearest town of any size, and the only other human beings they’d seen were a few local Navajo ranchers on horseback. Everyone in camp was therefore surprised to see an unusually tall man with blond hair carefully wading across the swollen stream with what appeared to be a large pack on his back. Reaching the near bank, the pack jumped to the ground and revealed itself to be a petite woman with dark wavy locks. Both the man and the woman wore aviator jackets. None of the archaeologists had met the couple before, and yet everyone instantly recognized them. Married for barely a month, the famous pilot Charles Lindbergh and his new bride, Anne, were perhaps the world’s most celebrated newlyweds. The archaeologists welcomed the pair into camp and shared their humble dinner. In return, the young couple shared with them photographs that they had taken from the air. Those photographs revealed a view of the prehistoric Southwest as no human had seen it before.

“I can appreciate the sense of awe and surprise those archaeologists felt when the Lindberghs unexpectedly walked into their remote camp.”

I can appreciate the sense of awe and surprise those archaeologists felt when the Lindberghs unexpectedly walked into their remote camp. I experienced a similar sense of amazement and curiosity when I first saw the Lindbergh aerial photographs. In the fall of 2001, I was researching the history of Transcontinental Air Transport (TAT)—a forerunner to Trans-World Airlines (TWA)—which established an early airline route through Arizona and New Mexico in the late 1920s. Charles Lindbergh frequently flew over the area as the company’s chief technical advisor. Some newspaper accounts at the time made vague reference to Lindbergh working with noted archaeologist Alfred V. Kidder at Pecos, New Mexico. Intrigued, I started looking into this archaeology connection. Eventually I reached an archivist at the Laboratory of Anthropology, who told me over the phone about a box of old prints in the Lab collection labeled “Lindbergh photos.” I quickly planned a trip to Santa Fe. – Erik O. Berg