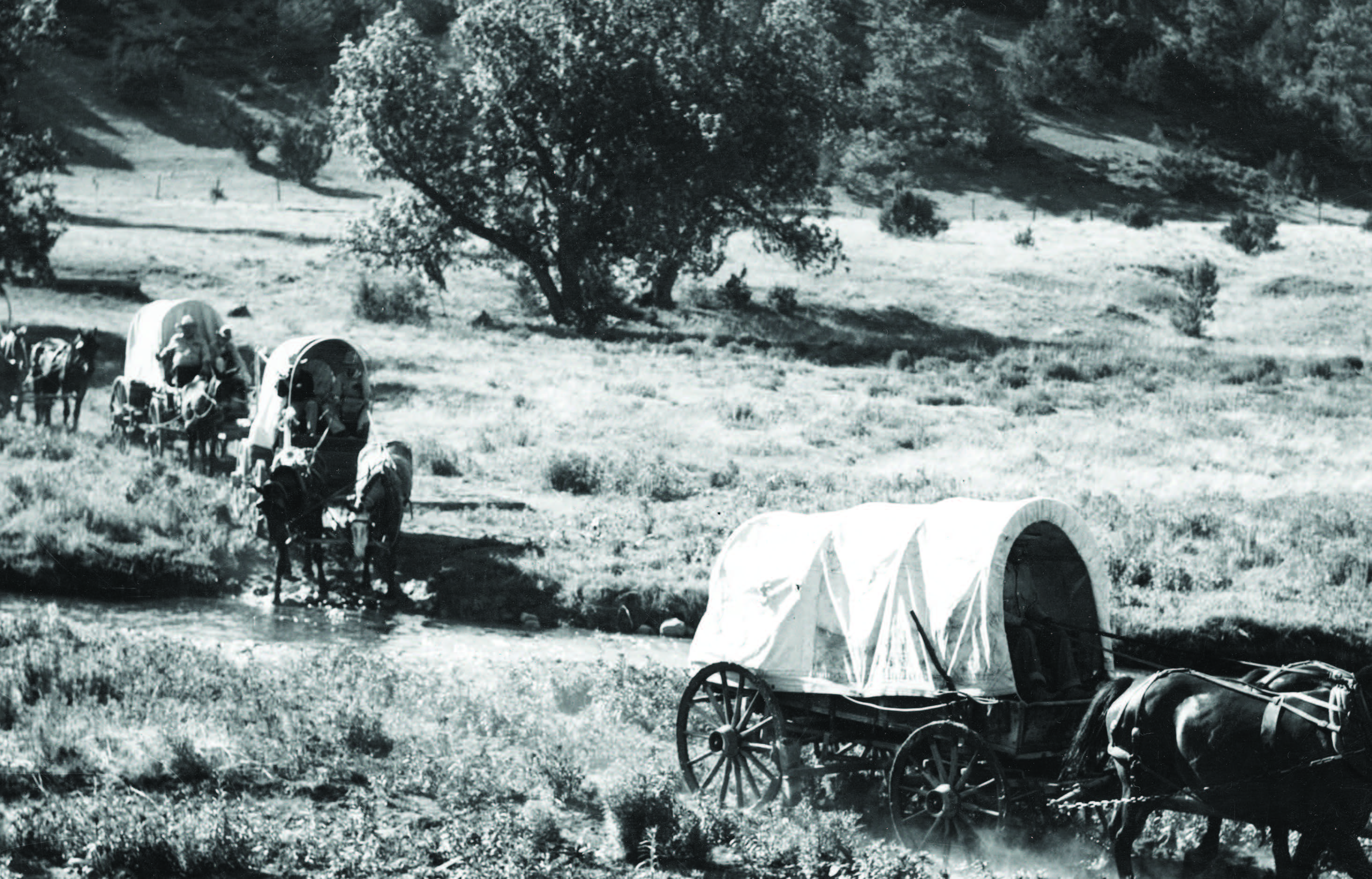 When Ralph Waldo Emerson said, “Do not go where the path may lead, go instead where there is no path and leave a trail,” he could have been talking about the early days of the Santa Fe Trail, which eventually left a track from Missouri to New Mexico.

All such journeys, whether along the beaten path or through pathless wilderness, involved saying goodbye to those who were left behind. But for those who traveled the Santa Fe Trail and other such roads in the past, the pain of saying farewell was nothing compared to what they were about to endure.

Riding in wagons and wagon trains, the usual mode of transportation, was nothing short of unpleasant. Wagons were hot, dusty, loud, and uncomfortable conveyances that surely tried the souls of the men and women aboard as they traversed rugged terrain. Only the hardy or foolhardy undertook such a journey, and once the journey began, there was no recourse but to endure it. The hard wheels and stiff axles of the wagons made the ride, even with a springboard seat, like sitting on a jackhammer. If there had been chiropractors around, they would have had no end of banged-up customers seeking relief. But as exhausting as it must have been to sit in a jolting wagon from dawn to dusk, day after day, the rigors of travel were surely offset by sunny days and landscapes filled with flowers following a rain to make life on the trail a bit more joyful.