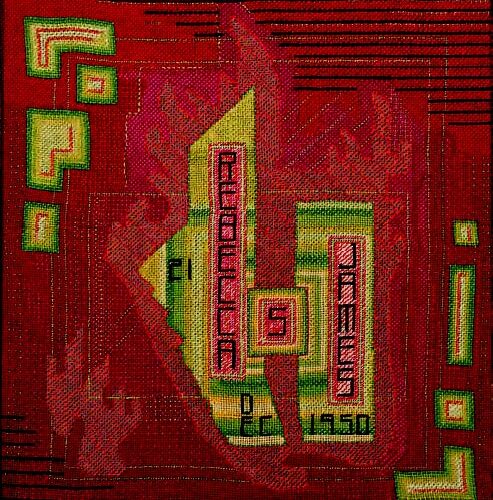 Once upon a time, I was a child in the seventies with hippie parents. Want proof? If I had been a boy, they would have named me Sundance. During the first few years of my life, I was steeped in counterculture. My parents’ wedding picture shows a blue-eyed guy with flowing honey locks and a woman with coils of long dark hair and a daisy-trimmed wedding dress. My mom fed me according to Adelle Davis’ Let’s Have Healthy Children, alchemizing my formula in a Revereware cauldron of goat’s milk, brewer’s yeast, molasses, and eggshells. Not only did it not kill me, I’ve never had a broken bone, even after I was hit by a car. I can still remember driving our red Volkswagen bug to the sandalwood-seaweed–smelling neighborhood health food store, where my mom stocked up on fresh-ground peanut butter, bulk sesame sticks, and Rachel Perry lip balm.

It’s easy to think of the counterculture era as being discrete, wedged between post-World War II tidiness and the louche disco years. But as Jack Loeffler reveals in “Headed into the Wind”, the Beat era paved the way for it, and the counterculture era continues to infuse our everyday lives in ways that are easy to take for granted.

My generation of hippie kids grew up, and even if we now get haircuts in actual salons (bowls are for tabouli!), and don’t make our own clothes, we make decisions informed by our childhoods—about education, nutrition, tolerance, recycling, health care, domesticity, transportation, employment—that untether us from ossified ideas of how to live and love.

In Santa Fe, the back-to-the-land movement has birthed and sustained a world-class, year-round farmer’s market. Expectant mothers here have their pick of midwives and doulas, thanks to the counterculture’s early embrace of non-medicalized childbirth (Spiritual Midwifery by Ina May Gaskin is an excellent record of this). The community supports five different bustling grocery stores stocked with way more health food than junk food. Santa Fe is an official sanctuary city for undocumented immigrants, but is also a sanctuary for LGBTQ people (although Christian Waguespack makes the case that it’s been that way since far earlier than the 1960s in “The View from Out There”). Hundreds of alternative healing practitioners offer everything from color therapy to Tibetan cranial.

Although I don’t wear granny dresses or have a “Visualize World Peace” bumper sticker on my car, I didn’t escape unmarked by the Age of Aquarius or Santa Fe’s free-floating inclusivity. There’s a chakra energy candle on my desk, along with essential oils, and Bach Rescue Remedy pastilles. Saraswati, a representation of the Hindu goddess of knowledge, arts, wisdom, and learning, sits on my bookshelf, near my yoga mat. There are days when I benefit from all these things.

Meredith Davidson characterizes counterculture in “The Art of Listening” , as the practice of asking if you’re truly happy with the status quo, and then adjusting accordingly. It used to be that “adjusting” branded a person as a pariah or a weirdo. I know my grandfather wasn’t a fan of my dad’s hairstyle, any more than Archie Bunker was a fan of Meathead’s. But during the counterculture era, a lot of people decided that they wouldn’t let societal disapproval stop them from rocking the boat to discover and define their own value systems. Today, disruption is considered a virtue.

There are millions of people all over the world (and in this country) who, because of a lack of agency, have to make the best of their status quo, whether it’s a rigid society, a war zone, or a country where being openly gay is a death sentence. Voices of Counterculture in the Southwest reminds us how far we’ve come, and what a hard-won privilege it is to be able to live and let live. It’s a way of life we’re going to have to not just build on, but actively preserve.